Sinn Fein wants to airbrush Londonderry out of history: unionists

Important history of an old and popular tune! Read more…

A coming event that draws very near

(The substance of a sermon preached in Bethel Free Presbyterian Church at the evening service, July 4th, 1976, by Rev Ivan Foster.)

“And Enoch also, the seventh from Adam, prophesied of these, saying, Behold, the Lord cometh with ten thousands of his saints, to execute judgment upon all, and to convince all that are ungodly among them of all their ungodly deeds which they have ungodly committed, and of all their hard speeches which ungodly sinners have spoken against him,” Jude 1:14-15.

We are dealing with a prophecy that is almost 6000 years old.

From the very beginning, mankind has had a knowledge of the coming of Christ in judgment. The Old Testament is full of information concerning the events at the end of this age.

Notice that Enoch was looking to that day for the execution of justice upon the ungodly. Read more…

LGBT report is not just about bullying but has an agenda

The following letter, which appeared in the Belfast Newsletter on 18th September 2017, is worth reading in the light of the abominable campaign pursued by the alliance of witless idiots who support the increasing demands of the sodomite collectives!! – Editor

Everyone wants to see an end to bullying but Alliance MLA Trevor Lunn’s call for legislation making things “illegal” off the back of last week’s report entitled ‘Post-Primary School Experiences of People who are LGBT’ is concerning.
What does Mr Lunn want made illegal?

Consider the following quote: “Transgender young people were significantly disadvantaged by schools not understanding them or their needs and that particular attention needs to be paid to: names, pronouns, uniform, toilets and changing facilities.”

Are Alliance suggesting legislation to stop Christians witnessing to fellow pupils because telling someone “being LGBT is wrong in the eyes of God” is language that has made pupils “uncomfortable”?

Should legislation require people address individuals using pronouns not associated with their sex but what they, on any given day of the week, want to “identify” as?

These issues doesn’t stop in schools. Martin Ponting, who was sentenced to life in 1995 for the rape of two girls under the age of 16, was recently moved to an all-women prison in Surrey. He has now been segregated from the other prisoners for reasons as yet unconfirmed by the authorises. Will the Martin Pontings of the world be the next people liberals campaign for?

In Orwell’s 1984 the Party seeks to force people to deny reality. In one famous scene the novel’s protagonist is told: “The Party is strong and omniscient, and therefore if the Party says that two and two equals three, or five, it will always be right: you, by yourself, cannot know the truth.

Similarly, Alliance appears to believe that because a biological male says he is a girl society should be forced, by the state, to agree.

The report Alliance suggests we base legislation on isn’t just about bullying. It pushes an agenda which could have serious ramifications for personal space, child protection, female sport and freedom of speech and religion.

The unspeakable evil of promoting ‘Transgender Ideology in Schools’

Here is how one newspaper reported a recent controversy about this appalling issue.

“A Christian family is preparing to sue their sons’ Church of England school after boys were allowed to come to class wearing dresses.

Nigel Rowe, 44, and his wife Sally, 42, removed their six-year-old son from the unnamed school after a male classmate was allowed to attend the primary school in a dress.

They intend to educate him at home on the Isle of Wight alongside his eight-year-old brother. The older boy was pulled from the same school – which has a uniform – a year ago when a boy in his class also started wearing dresses. Read more…

“The US state department said it had asked the Vatican to lift the official’s diplomatic immunity on August 21, but the request was denied. For the US state department to make such a request, its lawyers would have needed to be convinced there was reasonable cause for criminal prosecution.”

What an evil system Romanism is!! When will its duped adherents recognise this fact??

“Birds of a feather flock together!”

It has just been announced that The Puritan Reformed Theological Seminary (PRTS) of Grand Rapids, USA, of which Dr Joel Beeke is the President, is to launch a research centre for puritans and establish a combined doctoral programme in conjunction with The Theological University of Apeldoorn. The cooperation is based on an initiative by TUA rector Prof. Dr. H. Selderhuis to give more attention to the research of puritanism in Apeldoorn and to seek contact with PRTS.

Letter to Lord Mayor of Belfast

An open letter from Rev David McLaughlin of Carryduff Free Presbyterian Church to the Alliance Party regarding the decision of the Alliance Party Lord Mayor of Belfast, a professing atheist, Nuala McAllister, to refuse to have anyone return thanks at her installation dinner. Read more…

In a recent Facebook posting Joel Beeke said this:

“JOIN US ON THE PRTS REFORMATION TOUR 2018!
I want to extend a very special invitation to you: a once in a lifetime opportunity to spend two weeks with Dr. Michael Haykin, Dr. Ian Hamilton, David Woollin, and me (Dr. Joel Beeke) visiting some of the most amazing places in the world—amazing because of their stunning beauty, but also amazing because of the way God has worked wonderfully throughout history in these locations.”

The Puritan Reformed Theological Seminary tour brochure informs you that on the “Rhine River Reformation Cruise” among the amenities provided are “Mini-Bar (all staterooms except on Haydn Deck)”, the “Panorama-Bar and Lounge” and “Sun Deck with Lido-Bar”.

It obviously is going to be a very ‘spiritual’ experience!! Read more…

Bodies of ‘hundreds’ of children buried in mass grave

How misnamed was the branch of popery that ran the home: The Daughters of Charity of St Vincent de Paul!!!

Does not this amount to child abuse of the vilest form? What child of 12 knows about the far-reaching consequences of emotions aroused most likely by the counselling of fools!!!!

What madness has gripped this country? It is the direct consequence of rejecting the Bible and the nation casting itself adrift, driven by the winds of depravity and that without the moral compass of God’s truth.

“A message for Protestants in the sermons preached by Roman Catholic priests at the funeral of IRA men shot by the SAS when they attacked Loughgall police station on May 8th, 1987.”

A message preached at the evening service in Kilskeery Free Presbyterian Church on May 24th, 1987, by Rev Ivan Foster. 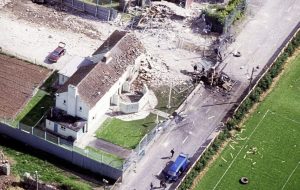 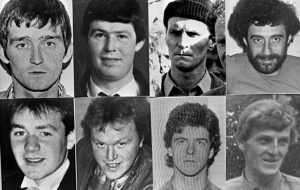 Sam Houston, Ulster-Scot who avenged the Alamo and is revered as ‘Father of Texas’

Sam Houston is one of those with Ulster roots who played such a part in the founding and establishing of the USA. Others included Davy Crockett and Daniel Boone as well as many of those whose signatures are on the 1776 ‘Declaration of Independence’!

The backlash will be very limited and short-lived I fear. This prostrating before the “vile affections” of the sodomite community seems to know no limits.

Just where will this bowing and scraping before ‘gender free’ lobby end up??

This is an important document every loyalist should read! Read it here.

In an section headed: Notes and Comments in the magazine of The Free Presbyterian Church of Scotland, August 2017 edition, there appeared the following article.

I have reprinted it because it illustrates the universal creeping departure from the Word of God that may be seen in a denominations which once stood for God and where God’s power rested upon the preaching of His Word.

A welcome exposé but the man’s hypocrisy is common knowledge but sadly, such is today’s society’s moral views, no one really cares!!

“Why do some Christian women paint their faces??” 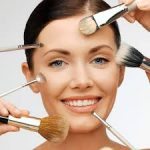 It is difficult to understand why this habit is prevalent amongst professing Christian women. I don’t believe that those who practise this habit can find any precedent for it in the behaviour of former generations of godly women.

One wonders how a husband is not perplexed by a wife’s habit of painting her face, when it is usually the case that she paints herself only when preparing to go out to meet others. It surely is obvious that she is not painting her face for him as invariably she is bare-faced in her own home! Why should that be so?

The Lord said this to Israel on one occasion: “Though thou clothest thyself with crimson, though thou deckest thee with ornaments of gold, though thou rentest thy face with painting, in vain shalt thou make thyself fair; thy lovers will despise thee, they will seek thy life,” Jeremiah 4:30.

These words make it clear that “the painting (or rending), of the face” by a woman is the action associated with one desirous of alluring a man. That in itself is enough reason for any chaste woman to abhor utterly such a practice! Read more…

The Future for this Age and the People of God.

“This know also, that in the last days perilous times shall come,” 2 Timothy 3:1.

The Word of God makes it clear for us just what will be the character of the final days of this age. It also makes clear, just how we may know that we have entered the last days.
Such a knowledge is sadly beyond the parameters of the average Christian today.

It ought not to be!

Jacob was able to say to his sons: “Gather yourselves together, that I may tell you that which shall befall you in the last days,” Genesis 49:1. But tragically, the vast majority of the sons of Jacob today have no knowledge of the meaning of their progenitor’s words.

But believers should not be in such ignorance. Read more…

Will the real Gerry Adams please stand up?

Police, the intelligence services, journalists and academics all claim Gerry Adams was a senior member of the Provisional IRA. The Sinn Fein president has always denied this. In an extract from his new, unauthorised biography of Adams, Malachi O’Doherty sieves the evidence.

A welcome exposé but the man’s hypocrisy is common knowledge but sadly, such is today’s society’s moral views, no one really cares!! Read the Newsletter report here.

Adams, supporter of murder and terrorism that he is, surprises no one by such a perverse line of thinking!

He bought the release of many murderers through the compromises, wrung from weak Unionists, that underpin the short-lived “power-sharing” Executive.

Stormont has all but fallen but the terrorist will continue to enjoy their freedom while victims’ family continue without redress or justice!!!

Sam Wilson MP: SF are bullying tyrants with no interest in restoring Stormont