This article from the ’The Times’ newspaper was sent to me by a friend (whom I have never met) who looks out for such things for me.

The older generation will be more familiar with his name and labours. This will stir some good memories and impart encouraging information to younger Christians.

Declaring on visa applications that his occupation was “teacher”, Brother Andrew rarely found himself denied official permission. When he reached border patrols, his car overflowing with Bibles and tracts, he would mutter a prayer under his breath: “Lord, who made blind eyes see; now make seeing eyes blind.” Time and again, customs officers waved him onwards with a cheery greeting. In Czechoslovakia, when the suppression of the Prague Spring had put an end to relative religious freedom, he even handed out Bibles to the occupying Soviet troops, who were left somewhat bemused.

On his travels, Brother Andrew discovered the subtle ways in which the communist authorities, instead of banning the Church, ground down its leaders and worshippers, ensuring that they were demoralised. Christian agitators lost their jobs for spurious reasons and were denied university places without explanation. State-sponsored official churches gave the impression of a freedom of faith while underground churches, where allegiance to the state did not go hand in hand with allegiance to faith, were persecuted. 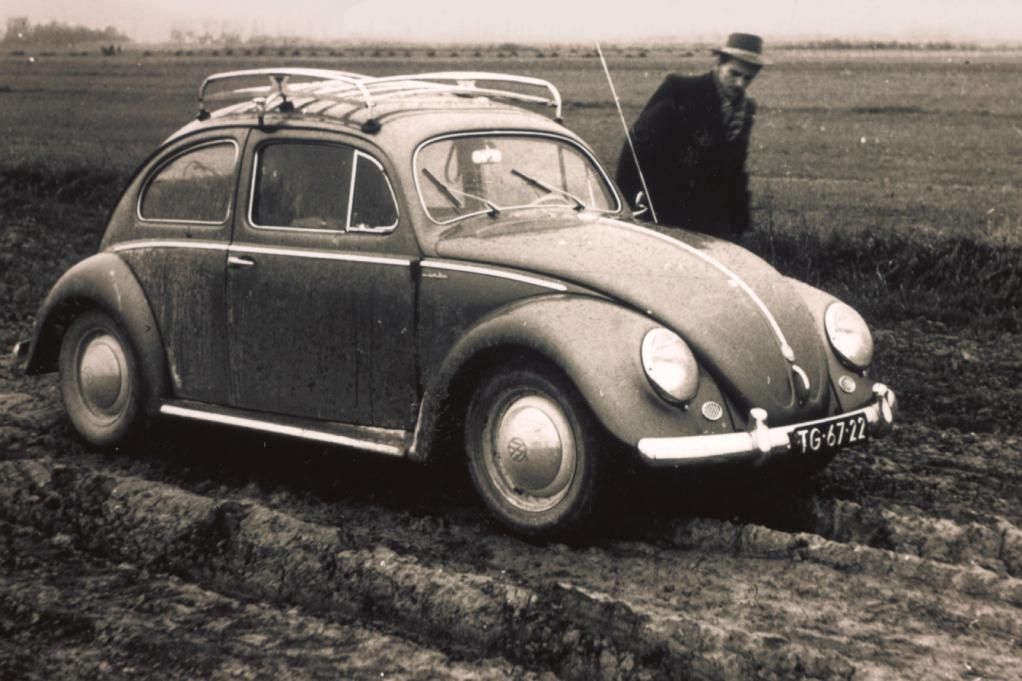 After half a dozen journeys, distributing Bibles in Yugoslavia, Hungary and East Germany, Brother Andrew was summarily arrested during a return visit to Yugoslavia and expelled from the country. It marked the beginning of a more formal Bible-smuggling operation called Open Doors, using an ever-expanding volunteer base to take the Gospel to the east. His VW Beetle became the symbol of the charity.

In 1964, Brother Andrew published an autobiography that included stories of his derring-do and dangerous border crossings. God’s Smuggler sold more than ten million copies in 35 languages, and led to a big expansion of Open Doors’ work until it had 200 staff working in 20 countries, all funded by donations from Christian churches. In recent years, Open Doors sponsored Project Samuel, an operation to supply a million schoolchildren in the former Soviet Union with their first Bibles.

Brother Andrew was born Anne van de Bijl in 1928, in the village of Sint Pancras in the northern part of the Netherlands. He was the son of a blacksmith father and semi-invalid mother. During his teens the Germans invaded his small town of Witte, and the enterprising boy claimed to have formed a one-man resistance force, harassing the occupiers with fireworks and putting petrol in their diesel tanks.

In 1946, at the age of 17, he enlisted in the Dutch army, and was soon posted to Indonesia in the Dutch East Indies, where the colonists were fighting a dirty and bloody war. Shot twice in the foot, he found himself convalescing in the care of Christian nurses, and on his return home in 1949 was invited to a revival meeting, where he fully embraced the Christian faith.

After working in a factory, he enrolled in 1953 at the World Evangelisation Crusade Missionary Training College in Glasgow, taking Bible classes and studying systematic theology, homiletics, linguistics and car mechanics. As an exercise in faith, the students were sent out into Scotland in groups of five with only £1 between them, from which they were expected to pay for transport, lodgings, food, advertising and hall rental. They were not to take up offerings or mention monetary needs on their travels, and were expected to refund the £1 upon their return. Andrew’s team returned with enough money to send several students on missions overseas, himself included.

His first was to the camps of west Berlin, that half of a long-divided city that was an island of western influence in the middle of the German Democratic Republic. Here, even in the mid-1950s, the flotsam and jetsam of the Second World War — the stateless, the homeless, the confused and the forgotten — lived in squalor alongside more recent refugees, those who had made a narrow escape as the Iron Curtain descended across Europe.

From there it was for Brother Andrew but a short step to the east.

Under the pretext of attending a youth conference, Brother Andrew visited Poland in 1955 to see what communism was doing to the Church behind the Iron Curtain. He had taken with him some religious tracts entitled The Way of Salvation and, giving the official tour group the slip, managed to give most of them away, including several to Red Army soldiers. He was also invited to preach at an underground church, an occasion that brought home for him the true suffering of believers behind the Iron Curtain.

Back home he was fêted as a hero. Sympathisers and supporters provided the financial means to continue his journeys. In 1965, he entered China from Hong Kong. Obtaining a visa to travel behind the Bamboo Curtain, he was advised, would be impossible because of his recent destinations. When he visited the China Travel Agency in Hong Kong, and an official said: “You cannot possibly go to China because these countries are our enemies.”

“But,” Brother Andrew replied, “they are not my enemies.” Three days later he was on a train to the border town of Lo Wu. When he was instructed by a young Chinese customs officer to open his suitcase, his bulging supplies of Chinese Bibles were clearly visible. However, she did not touch a thing and waved him through, possibly not aware even of what a Bible looked like.

Once inside the country he found a more dispiriting atmosphere than anything he had seen in Eastern Europe — indifference and apathy. Instead of a persecuted Church, he found Bibles on sale but no one buying them, and seminaries with evidence that western missionaries had collaborated in espionage with their own embassies. He left the vast country, where countless western missionaries had proselytised less than a century earlier, a broken and disillusioned man.

In communist Cuba, by contrast, he was welcomed with relatively little harassment. However, he soon found it necessary to declare his Dutch credentials as the majority of Protestant churches had been American missions, and even Christians had been brainwashed into believing that the United States was the great enemy.

The next communist country he visited was Albania. Whenever he “accidentally” left a tract or Bible in a hotel, on a counter or by the street, he found that someone would chase after him to return his “lost” goods.

In 1977, Brother Andrew went to Uganda to encourage the church when the dictator Idi Amin was purging the country of perceived threats. After returning home, he learnt that his name was on a list of people Amin wanted arrested and executed. “Somewhere in my office I still have a copy of that list,” he said years later.

Rarely put off by dangerous situations, Brother Andrew visited war-torn Lebanon twice a year during the 1980s, encouraging Christians there and trying to build bridges between the various factions. With Bibles in hand, he went to see the prime minister and the president, and most of the generals of the various armies engaged in the civil war. He also had his first contact with Ayatollah Fadlallah, the spiritual inspiration for the fundamentalist group Hezbollah. Later, he made contact with Hamas, when their leaders were deported by Israel to southern Lebanon.

At this point, he decided to have another go at penetrating China. Project Pearl was the name he gave to the secret delivery of one million Bibles to the country in a single night. The idea came from Christians in China, who told Brother Andrew’s team how, when and where to do it. “That was very illegal,” he said, with mild understatement.

After the demise of the Soviet Union in 1989, Brother Andrew turned his attention to the Middle East and the growing strength of Islam. There he encountered fundamentalist Muslims preparing to take part in suicide bombings. “They seem to have an endless supply of volunteers,” he noted, “because everybody wants to go to Heaven. Crying Allahu Akbar, they want to blow themselves, and those around them, up”. Although he didn’t believe that Christians should be suicide bombers, he did think they should show they were equally committed to their cause.

“Unless we witness to the point of laying down our lives, we won’t get anywhere,” he said. “This is what I saw the Russian and the Chinese Christians do under communism: lay down their lives in the gulag, the re-education camps, the labour camps. That’s why the Church won.”

In 1958, he married Corrie van Dam, a nurse who had tended his wounds immediately after he was repatriated from the Dutch East Indies, and whom he had later met again when they were working in a factory. She died in 2018, and he is survived by their five children.

Over the years Brother Andrew wrote 16 more books and received many honours, including a knighthood from Queen Beatrix of the Netherlands.

The honour of which he was most proud, however, came after the fall of the Iron Curtain and he obtained copies of the KGB reports numbering more than 150 pages about his work in the Soviet Union and Eastern Europe. He was surprised that they had known so much about him, but had been unable to stop his work.