Those that are taken by the hand to heaven. Preached in Ardarragh FPC, Sunday Nov. 4th (p.m.)

Bringing the King back pt7

Part 1- The Prologue (series on the Book of Ruth)

“And Elijah came unto all the people, and said, How long halt ye between two opinions? if the LORD be God, follow him: but if Baal, then follow him. And the people answered him not a word,” 1 Kings 18:21.

Brexit: Gove and Fox back May as PM seeks to quell Tory revolt

Brexiteer cabinet ministers in plan to shift May on EU deal

Brexit: UK must not be trapped in customs union – Leadsom

Brexit: Danger has not passed for Theresa May

Diane Dodds (DUP MEP): NI would be handcuffed to EU with Brussels holding the keys

There was much consternation last month after it was revealed that a Romanist priest had been brought into a service marking the addition of more than 200 people who lost their lives during the two world wars to the war memorial in Lurgan, County Armagh.

The pro-abortion and ardent fan of liaising with Popery, Ulster Unionist MLA Doug Beattie, brought the matter to light in his rage against any who would seek to defend Biblical Christianity.

It would appear a service was held at the war memorial before a further service then took place in Shankill Parish Church in the town. At this service, a leading Papist, Canon Liam Stevenson, was then asked to take the pulpit and lead part of the service in the supposedly Protestant church, where the minister is Canon Mark Harvey. Read more on the Protestant Revival website… 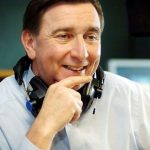 The Passionist priest was in attendance at a meeting of the Causeway Coast Peace Group, which sows its ecumenical seeds of compromise on the north coast of Northern Ireland.

Ballycastle Presbyterian Church is a habitual venue for all manner of disgraceful ecumenical activity, and regularly plays host to the outrageous ‘Ballycastle Prayer Partnership’, a monthly gathering of attendees of the Presbyterian, Church of Ireland and Romanist churches in the town. Read more on the Protestant Revival website.

“But evil men and seducers shall wax worse and worse, deceiving, and being deceived,” 2 Timothy 3:13

We are given some details of just what exactly ‘evil men’ will engage in at the close of this age in the opening verses of this chapter.

“This know also, that in the last days perilous times shall come. For men shall be lovers of their own selves, covetous, boasters, proud, blasphemers, disobedient to parents, unthankful, unholy, without natural affection, trucebreakers, false accusers, incontinent, fierce, despisers of those that are good, traitors, heady, highminded, lovers of pleasures more than lovers of God; having a form of godliness, but denying the power thereof: from such turn away,” verses 1-5.I have often pointed out that the word ‘perilous’, in verse 1, is the same word used in Matthew 8:28. “And when he was come to the other side into the country of the Gergesenes, there met him two possessed with devils, coming out of the tombs, exceeding fierce, so that no man might pass by that way.” The Greek word translated ‘perilous’ in our text is here translated ‘fierce’. Read more…

My Uncle George Foster joined the Royal Inniskilling Fusiliers while underage. He served in Dublin during the 1916 Easter Rising before going to France. He reached the rank of sergeant within 11 months but, sadly, was killed in action at Savy Wood, close to the village of Savy which is a few miles from St Quentin, in Picardy, France on the 1st April 1917. He was just 18 years of age.

Life as a World War One veteran in ‘war zone’ Ireland

Jo Johnson: ‘Democratic travesty’ not to have another Brexit vote

‘A COUP against the PM?’ Fury at Remainer ‘plot’ as Jo Johnson hints at MORE resignations

‘Confidence’ is key to the DUP-Tory deal, says Nigel Dodds

The High Kirk Presbyterian Church in Ballymena has held an ecumenical prayer meeting to which practising Roman Catholics, who offer prayer to Mary and to dead so-called ‘Saints’, were warmly invited.

Entitled ‘Prayers of Blessing for Ballymena’, the event hosted by the allegedly Protestant church was advertised in the Roman Catholic parish bulletin in the County Antrim town.

Demonstrating the continued unchanged nature of the Church of Rome, the Roman Catholic faithful in the town are also advised in the same bulletin, just a couple of lines down, that they can gain a “plenary indulgence” between the 1st and 8th of November by “visiting a cemetery or church and praying for the dead”. Read more on the Protestant Revival website.

A tribute to one of the many – an uncle we never met.

Uncle George Forster (the spelling of the surname was changed for some unknown reason in the early part of the 20th century) was the fourth child of Leslie and Mary Jane Forster. He was born at the family farm at Ballymackilroy, Lisnaskea,Co. Fermanagh.

He joined the Royal Inniskilling Fusiliers while underage. He served in Dublin during the 1916 Easter Rising before going to France. Read more…

“So shall they fear the name of the LORD from the west, and his glory from the rising of the sun. When the enemy shall come in like a flood, the Spirit of the LORD shall lift up a standard against him. And the Redeemer shall come to Zion, and unto them that turn from transgression in Jacob, saith the LORD,” Isaiah 59:19-20.

Ireland backed Hitler but such hypocrisy is no difficulty for the pliable Church of Rome!!

So much for London’s assurances to Ulster!!

We need to know if attorney-general thinks backstop could tear Northern Ireland out of UK, says David Davis

Prime minister under pressure from all sides over legal advice

Read the rest of this review…

DUP Spad told me “we could fill our boots” with RHI cash, says top civil servant

RHI deserved scrutiny, but Sinn Fein is in no place to moralise

Change in Irish constitution does not change God’s law!!

“And Enoch also, the seventh from Adam, prophesied of these, saying, Behold, the Lord cometh with ten thousands of his saints, to execute judgment upon all, and to convince all that are ungodly among them of all their ungodly deeds which they have ungodly committed, and of all their hard speeches which ungodly sinners have spoken against him,” Jude 14-15.

‘Irish vote to scrap offence of blasphemy’ So ran the headline in an Irish newspaper. The report continued: ‘Blasphemy is to be decriminalised in the Republic of Ireland after voters overwhelmingly supported a referendum to remove it as an offence in Irish law.’

The result, announced late on Saturday night (October 27th), saw 64.85% of the electorate voting Yes to decriminalise blasphemy, while 35.15% voted No. Read more…

The leader of the ecumenical 24-7 Prayer grouping, Pete Greig, who is helping the Roman Catholic Church try to bring in more people, has claimed that God told him He was “quite enjoying” a group of girls dancing round their handbags and praying to the music of Swedish pop group ABBA in a prayer room he was running. Read more…