Why We Believe in Total Depravity

“And he said, That which cometh out of the man, that defileth the man. For from within, out of the heart of men, proceed evil thoughts, adulteries, fornications, murders, Thefts, covetousness, wickedness, deceit, lasciviousness, an evil eye, blasphemy, pride, foolishness: All these evil things come from within, and defile the man,” Mark 7:20-23. 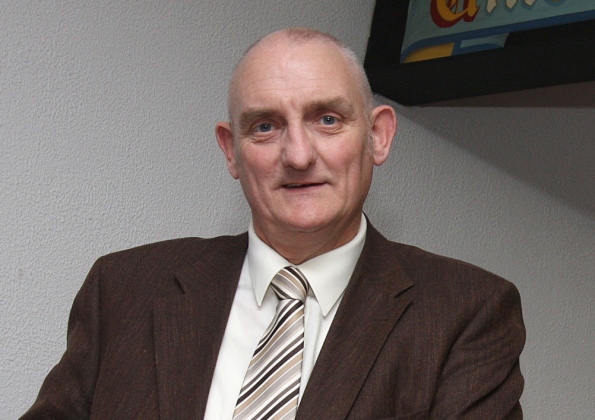 Long-serving Free Presbyterian minister from Northern Ireland has died in an accident on the M6 in the north of England. The Rev Robert Ormerod, minister of Cloughmills Free Presbyterian Church, was driving between visits to family members in Birmingham and Coventry yesterday when he suddenly took ill.

Speaking on behalf of his devastated family, the Rev Ormerod’s son Timothy last night said they were all in complete shock. “He had a heart attack and died at the wheel while driving,” he said. “The biggest thing we can hold to is that he is in heaven, he’s a saved man, we can rest assured that whatever pain and suffering he had, there is none now because he is in heaven with Jesus. “And one day we will all see him again because we will all see him in heaven.”

He is survived by his wife Julie, their sons Jonathan and Timothy, and daughters Naomi, Hannah and Danielle. All who knew and appreciated his labours as a minister and as the Convenor of Government and Morals Committee will miss his witness in the Presbytery and the wider church.

Rev. Foster’s radio broadcasts on Q101.2 FM Omagh during May.

The Let the Bible Speak broadcast on this station goes out at 9:15 a.m. each Sunday morning. Tune in this Sunday!

If you missed the live broadcasts you can listen to an archived version of the programmes.

Calls for separation from apostasy and from those “brethren who maintain fellowship with those who deny the faith”.

Believers are promised special strength for those days (known as the ‘Great Tribulation’ and also as ‘The Time of Jacob’s Trouble’, for Israel will suffer too). In fact, I believe it is when Israel’s suffering is at its height and Jerusalem is at the point of final destruction that the Lord will appear to deliver her and bring peace to the earth. This is not the ‘end of the world’ but the time when the Lord Jesus takes His place as King of the Jews and all nations for one thousand years. This is known as the Millennium. After this age the Judgment of the Great White Throne will take place and then the world as we know it will be destroyed.

A study in Psalm 45. A message preached by Rev Ivan Foster at the Sovereign Grace Advent Testimony evening meeting in London, 23rd April, 2010. There is a natural sequence from the close of the previous Psalm 44 (see previous article) to the opening of this Psalm 45. Psalm 44 ends with Israel crying upon the Lord to arise to the aid of His people as they face destruction under Antichrist. “Arise for our help, and redeem us for thy mercies’ sake,” Psalm 44:26. This Psalm 45 carries us even further into the future than did the previous. In this psalm the Saviour has come and it is no longer Antichrist who is reigning. Christ has taken unto Himself His great power and rules and reigns amongst the kingdoms of this world.

Israel’s time of trouble under Antichrist

A study in Psalm 44. This is a familiar psalm, the contents of which have provided much support and comfort to the people of God in this New Testament era as the Church of Christ has appropriated this psalm to itself. What truth there is in verses 1-8.

Tell us why Marian Price was released, demand unionists

Is game up for bid to block advisers bill?

Special Adviser Bill: ‘Do not base legislation on victims’ feelings’

Willie Frazer slams sentence for rioter: Jailing carer mum ‘wouldn’t have happened if she was a republican’

Complaint over ‘bias’ in tour of Maze prison

Catholic priest steps aside during investigation

Pope’s proclamation that atheists will go to heaven has led to a rebuke from officials who declared they will go to hell – so much for ‘infallibility’!

SDLP unlikely to support Stormont ex-terrorists ban (Guess who they are running scared of???)

SDLP ‘will not block SPADs bill’

‘Not a single parking ticket’ issued in Coalisland (Surprise, surprise !!)

In London as in Boston, terrorist-killers were known to security services

Pope Francis: Being an atheist is fine as long as you do good – God has a very different view – John 3:36

Woolwich suspect ‘inspired by cleric banned from UK after urging followers to behead enemies of Islam’ – ‘Under Islam, this can be justified’

‘He is a hero’: Radical Muslim cleric who is banned from Britain applauds terror suspect’s ‘courage’

John F Kennedy was a fan of Hitler and Nazi Germany, diaries reveal

Brussels gravy train is like ‘last days of Rome’: EU MEPs earn up to 740% more than average citizen and enjoy free haircuts and gallons of petrol

Attack on Woolwich soldier is ‘not like IRA’ terror threat

Woolwich attack: terrorist proclaimed ‘an eye for an eye’ after attack

Full decommissioning ‘not certain’ – despite all the lying assurances given at the time!!!

Next coronation to involve other faiths besides Christianity

Bomb found at Foxes Glen in west Belfast after attack

Northern Ireland’s top policeman gives wake-up call on paramilitaries (Does he not shamefully appear to give justification for terror campaign!!??)

Westminster government ministers would back move to leave the European Union

Obama to press for fresh impetus on ‘shared future’ during Belfast visit (Tell that to the Muslims engaged in terrorism in USA!)

Dutch media owner reveals youthful dalliance with IRA – (Soon saw them as gangsters, which undermines their justification of war against the protestant people)

Happy 65th anniversary, Israel: From pioneers to the present day, remarkable pictures show the struggle and celebration of the Jewish homeland (Large file with a lot of pictures!)

Former Archbishop of York ‘did not report’ sexual abuse claims

43% of births in Northern Ireland are to unmarried parents. Is it a lifestyle choice or are weddings too costly?

UUP: If Executive won’t guard free speech, we will

‘Taking Belfast’s peace walls down solves nothing. They should be higher’: Protestants and Catholics agree time is not right to dismantle barriers

SF and SDLP should pay to remove IRA signs: Ringland

Northern peace process a stalemate between enemies who loathe each other

Nigel Evans: Deputy Speaker accused of rape was interviewed four years ago about ‘inappropriate sexual behaviour‘ (Cameron will yet learn that there is a price for defying God’s Law)

Anti-Semitism ‘on the rise’ across Europe

Ford compares gay marriage debate to civil rights campaign (which was the forerunner of 30 years of IRA terrorism so watch out!!)

Assembly ‘has power to create an Opposition’

Call made for Poots to resign over care homes

Poots apologises to elderly ahead of summit with trust chiefs

‘The civil war in Iraq has already begun’: Politician claims conflict has started and warns it will be ‘worse than Syria’

Eamon Delaney: Adams digs yet another hole for himself on ‘Prime Time’ TV

Report into Omagh bomb claims atrocity could have been prevented

No threat to anthem at NI international matches – DUP

SDLP leader’s shock as cannabis factory discovered on his property

“Office for Standards in Education, Children’s Services and Skills” says: teach about pornography in sex education lessons – (the depths to which the nation has sunk!)