Starting in December 1989, Rev. Ivan Foster began a series of messages dealing with the controversy with the Bishop of Kilmore, Dr. Gilbert Wilson. See this week’s featured sermon at the top of the main page of the BB.

What was said in the messages is still relevant today. The devil’s lies never change!

Below are pages from the Burning Bush of January 1990 in which articles appeared on the same controversy. (Click on page images to enlarge.) 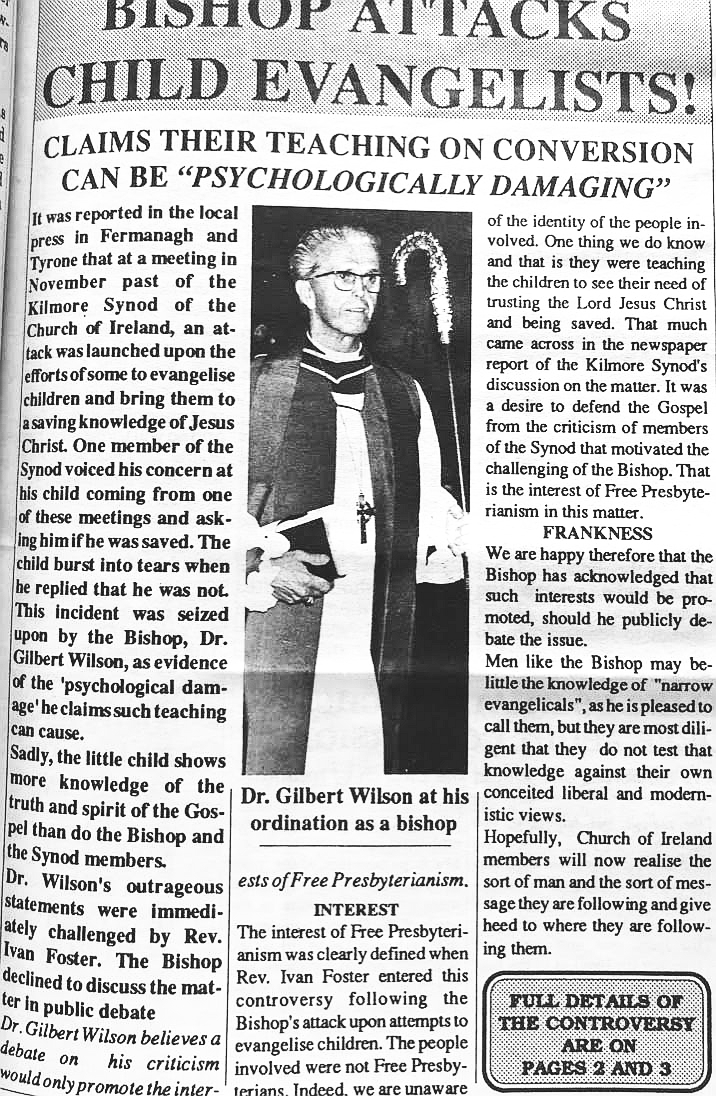 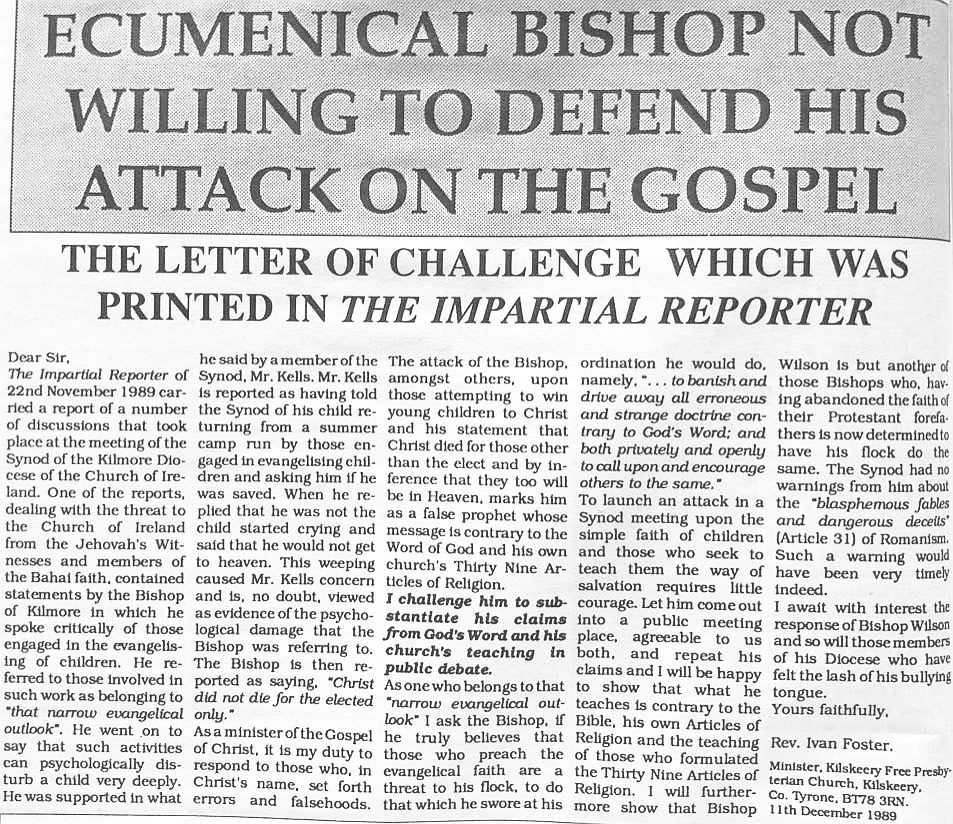 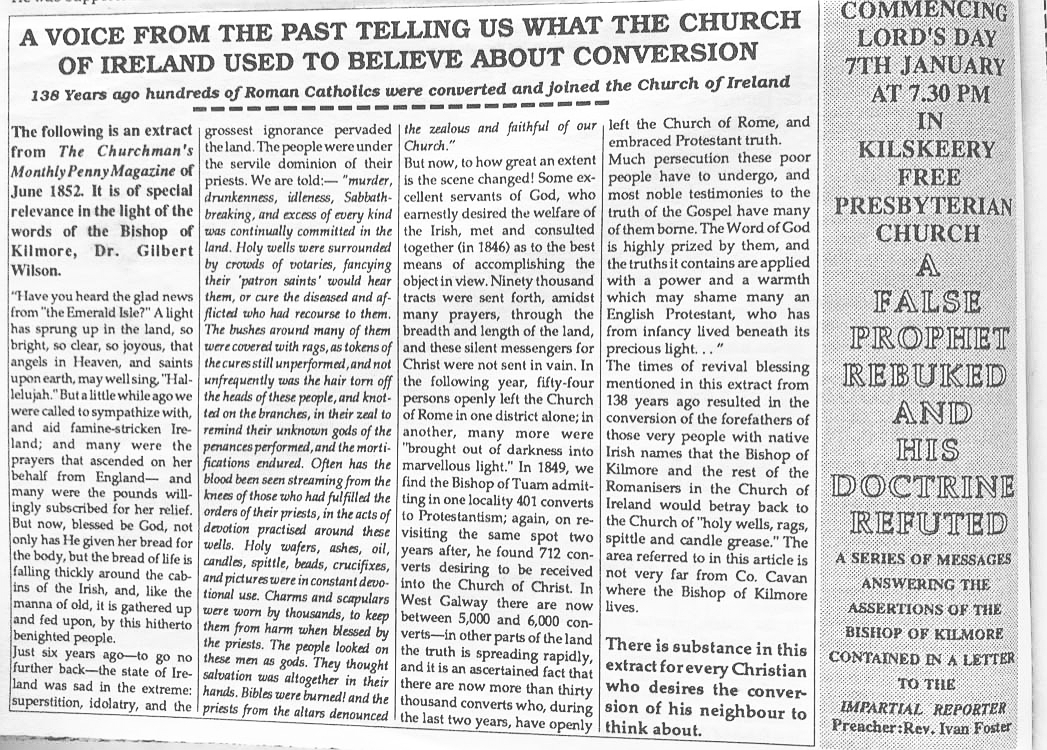 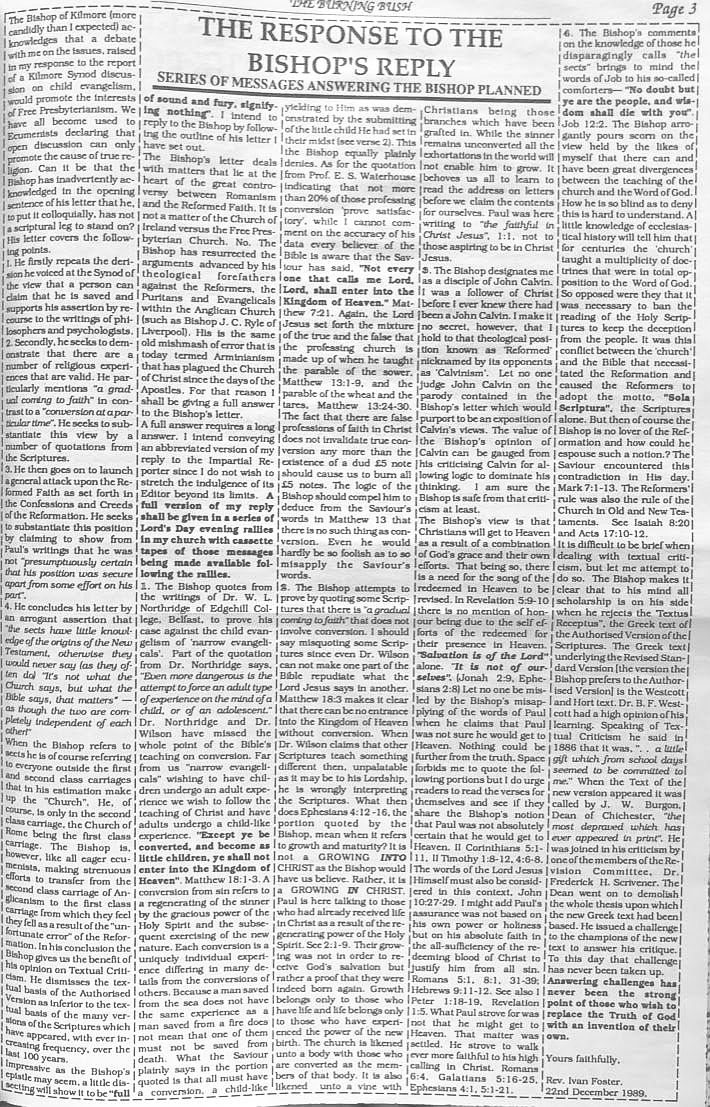 (1) Leading article of the Burning Bush of January 1990 which dealt with the issue of the Bishop of Kilmore’s attack upon the gospel of Christ.

(2) A letter from Rev Ivan Foster which was sent to “The Impartial Reporter” the day after he preached his first sermon on the issue.

(3) An article which appeared in the ‘Burning Bush’ alongside the one dealing with the Bishop of Kilmore’s attack on the gospel.

(4) Rev Foster’s reply to the Bishop’s letter in response to his initial challenge.