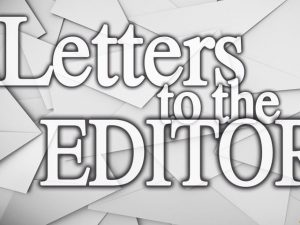 Seeing this letter in today’s ‘Belfast Newsletter’ I thought that I might draw your attention to it.

There can be no doubt that Sinn Fein still harbours the spirit that gave rise to the slaughter in Altnaveigh, outside Newry, Co. Down, 100 years ago.

The merciless murders in the last ‘troubles’ are celebrated still by Sinn Fein, led by Michelle O’Neill, who is now vying to become ‘First Minister’ as a result of the ‘power-sharing’ agreement the DUP entered into with Sinn Fein/IRA in 2007!

On 17th June 1922, the IRA, in the early hours, attacked Protestant homes and burned them, with 6 members of that small rural community being brutally murdered.

Obviously Dublin had no feelings of regret for the actions of this murder!

You may read an account of the massacre here:

Centenary of massacre is a reminder of republican hatred, which is undiminished

The 100th anniversary of the Altnaveigh massacre is a timely reminder of the true nature and face of Irish republicanism.

The brutality and cruelty of that infamous night in June 1922 must never be forgotten by Ulster Protestants. It stands as a bloody memorial to the inveterate hatred that Irish republicans bear to our country, our heritage and our way of life.

Kingsmill, Tullyvallen, Darkley, Enniskillen, Teebane and the Shankill Road stand as further reminders that 100 years on that hatred has not diminished.

That Sinn Fein/IRA, the perpetrators of or apologists for all these acts of terror, should be elevated to the heart of government in this Province is a monstrous obscenity and a scandalous betrayal of justice.

Those who enter such a sordid arrangement with IRA/SF do so by trampling underfoot the blood of the innocent.

Blood that cries out to God for vengeance. Blood that one day, whether in this world or that to come, will be avenged (Romans 12:19). Nor should we be so naive as to think that Irish republicanism in 2022 is more tolerant than their predecessors in 1922 or 1972. Under fair words and oily speeches is concealed the age old hatred of Protestantism and the Crown.

Sadly Altnaveigh and the succeeding massacres appear to have been largely forgotten by most Protestants and unionist politicians today otherwise they may not have been so hasty in embracing IRA/SF in government.