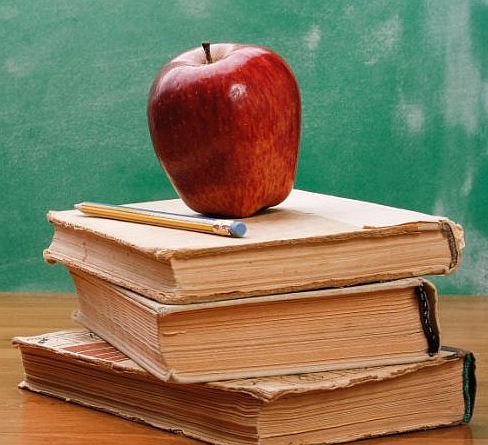 WHAT NOW FOR THOSE FREE PRESBYTERIANS WHO REFUSED THE OPPORTUNITY TO SEND THEIR CHILDREN TO A CHRISTIAN SCHOOL AND INSTEAD SUPPORTED THE STATE SYSTEM??

A report in today’s (3/8/21) ‘Belfast Telegraph’, began with this headline and these opening sentences: —

Almost three-quarters of people in Northern Ireland believe integrated schools should be the main model for our education system, a poll has found.

Support has increased since the last survey of its kind eight years ago — up from 66% to 71%.

‘Integrated Schools’ are the birth child of Ecumenism! It was seen as a means to further the ‘integration’ of Romanism and the apostate Protestant denominations.

It must be acknowledged that it has been accomplishing its purpose. This survey, if it is to be believed, shows that to be so. Of course there was little opposition to the efforts made by the ‘integrators’. Indeed, it is quite some time ago that the DUP favoured ‘Integrated Schools’!

There can be little doubt that the desires expressed in this survey will become fact and the system of education in Northern Ireland will become ‘Integrated’. The Department of Education here has been ‘facilitating’ and encouraging integrated schools since the early 1990s. It is little surprise therefore that such is the thinking of the population as revealed in the survey.

Integrated schools are defined as ‘essentially Christian in character’. By ‘Christian’, of course, is meant that mongrel religion known as Ecumenism! Romanism plays a big part in the affairs of these schools.

These schools are but a branch of the whole ecumenical strategy. The result will be like that which manifested itself amongst the Jews in the days of Nehemiah. “In those days also saw I Jews [that] had married wives of Ashdod, of Ammon, [and] of Moab: And their children spake half in the speech of Ashdod, and could not speak in the Jews’ language, but according to the language of each people,” Nehemiah 13:23-24. This forbidden union between Jew and Gentile resulted in children who were certainly not Jews for they could not even speak Hebrew!

Such is the planned and purposed fruit of Integrated Education. Its aim is to eradicate Protestantism and supplant it with Popery, thinly veiled by Ecumenism!

Before ‘Integrated Schools’ began, the Free Presbyterian Church commenced the cause of Christian Education.

However, it was not supported by Christians to the same degree as was integrated schooling by ecumenists. Many Christians, for the saddest of reasons, walked past a Christian school and enrolled their children under the ungodly, evolution-promoting and evil curriculum of the state system. That system has ‘evolved’ to the stage of promoting LGBT+ and ‘transgenderism’ right down to primary school level.

And still Free Presbyterians turn their back on Bible-based schools in favour of the state system!

Such folly has been encouraged by those minsters who would say (somewhat furtively) that there is no basis in the Bible for Christian Education.

In answer to that evil deceit, it has often been said by those who seek to promote Christian Education, ‘please show us in the Bible where we are commanded of God to place our children under the tutelage of unbelievers in order that they may be taught the ways of the world?’

None of the ‘whisperers’ has ever come forward with a reply!

On the other hand, may we not quote from God’s Word familiar verses that are to be found in many places in the Bible?

“Seeing that Abraham shall surely become a great and mighty nation, and all the nations of the earth shall be blessed in him? For I know him, that he will command his children and his household after him, and they shall keep the way of the LORD, to do justice and judgment; that the LORD may bring upon Abraham that which he hath spoken of him,” Genesis 18:18-19.

“Only take heed to thyself, and keep thy soul diligently, lest thou forget the things which thine eyes have seen, and lest they depart from thy heart all the days of thy life: but teach them thy sons, and thy sons’ sons,” Deuteronomy 4:9.

“Therefore shall ye lay up these my words in your heart and in your soul, and bind them for a sign upon your hand, that they may be as frontlets between your eyes. And ye shall teach them your children, speaking of them when thou sittest in thine house, and when thou walkest by the way, when thou liest down, and when thou risest up. And thou shalt write them upon the door posts of thine house, and upon thy gates: that your days may be multiplied, and the days of your children, in the land which the LORD sware unto your fathers to give them, as the days of heaven upon the earth,” Deuteronomy 11:18-21.

“Give ear, O my people, [to] my law: incline your ears to the words of my mouth. I will open my mouth in a parable: I will utter dark sayings of old: which we have heard and known, and our fathers have told us. We will not hide [them] from their children, shewing to the generation to come the praises of the LORD, and his strength, and his wonderful works that he hath done. For he established a testimony in Jacob, and appointed a law in Israel, which he commanded our fathers, that they should make them known to their children: that the generation to come might know [them, even] the children [which] should be born; [who] should arise and declare [them] to their children: that they might set their hope in God, and not forget the works of God, but keep his commandments: and might not be as their fathers, a stubborn and rebellious generation; a generation [that] set not their heart aright, and whose spirit was not stedfast with God,” Psalms 78:1-8.

“And, ye fathers, provoke not your children to wrath: but bring them up in the nurture and admonition of the Lord,” Ephesians 6:4.

It may be countered by opponents that children may be taught the truths of God in their Sabbath schools and children’s meetings and so fulfil the obligations of the above commands. Yes, that is true, but how effective will such instruction be if, after an hour or two of such instruction, coupled with what they may receive at home, they are then placed under the utter evils of the modern state school curriculum for 5 days a week and some 6-7 hours a day?

I could also draw attention to the expletive-filled atmosphere that surrounds teenage schoolchildren today!

The instruction commanded of God does not entail and envisage the setting before a child such a contradictory convergence of truth and error as that taught in a properly run Sabbath school or children’s meeting and the state school system!

The outcome can only be that which emerged in the days of Nehemiah. The “children spake half in the speech of Ashdod, and could not speak in the Jews’ language, but according to the language of each people.”

Maybe a close look around us will cause us to see just what it is that the rejection of Christian Education has bred within the Free Presbyterian Church!!