There are elements of this report which appeared in today’s “Times” newspaper (again, sent to me by a friend) that must be noted.

I. It is clear that perverts will decide who is guilty of a hate crime!

Note the words : “is perceived by the victim or any other person,”

That means that the matter is decided by those who hate the truth of God and claim that they are offended by it and therefore a victim of a hate crime! Someone who has thrown over God’s natural order cannot be considered ‘rational’ and therefore their opinion is a very poor basis for initiating criminal proceedings!

II. Prosecutors have taken up the role once occupied by the persecutors of John Wycliffe and all those who suffered to give us the Bible in our native tongue! Some 800 years ago they too changed the law to outlaw the Bible.

“The Anti-Wycliffite Statute of 1401 extended persecution to Wycliffe’s remaining followers. The “Constitutions of Oxford” of 1408 aimed to reclaim authority in all ecclesiastical matters, and specifically named John Wycliffe as it banned certain writings, and noted that translation of Scripture into English by unlicensed laity was a crime punishable by charges of heresy.

The Council of Constance declared Wycliffe a heretic on 4 May 1415, and banned his writings, effectively both excommunicating him retroactively and making him an early forerunner of Protestantism. The Council decreed that Wycliffe’s works should be burned and his bodily remains removed from consecrated ground. This order, confirmed by Pope Martin V, was carried out in 1428. Wycliffe’s corpse was exhumed and burned and the ashes cast into the River Swift, which flows through Lutterworth.”

Note what is said in the ‘Times’ article.

“However, prosecutors said that bringing the case against Dunn was “proportionate” and that “there are references in the Bible which are simply no longer appropriate in modern society and which would be deemed offensive if stated in public”.

The question must be asked: ‘Just who appointed these men to adjudicate upon the acceptability or otherwise of the Words of the Almighty?’

The first to seek to so adjudicate was the devil. “Now the serpent was more subtil than any beast of the field which the LORD God had made. And he said unto the woman, Yea, hath God said, Ye shall not eat of every tree of the garden?” Genesis 3:1.

He and his agents have been seeking to do what the police and prosecutors are now afresh attempting to do.

Man cannot destroy the Bible. It is eternally established far beyond the reach of men! “For ever, O LORD, thy word is settled in heaven,” Psalm 119:89.

It is the Word by which men will be judged when they stand before God! “He that rejecteth me, and receiveth not my words, hath one that judgeth him: the word that I have spoken, the same shall judge him in the last day,” John 12:48.

III. Note the similarity in this case and that of the contrived trial of the Lord Jesus Christ.

“A hearing was set for last month at Swindon magistrates’ court, but the case was dropped after the women did not co-operate with the prosecution.”

Does this not remind us of the spirit of the accusers of the Lord Jesus?

“And there arose certain, and bare false witness against him, saying,  We heard him say, I will destroy this temple that is made with hands, and within three days I will build another made without hands. But neither so did their witness agree together,” Mark 14:57-59.

Nothing changes in the camp of the enemy. The same hatred of God and His truth, the same tactics and the same evil objectives. I have often said that the devil cannot change. He is a captive of his own depravity. That is what makes the Bible so relevant and valuable for it reveals his past attempts to oppose God, the very actions he will endeavour to repeat in our day!

Street preacher was charged with hate crime for quoting Bible 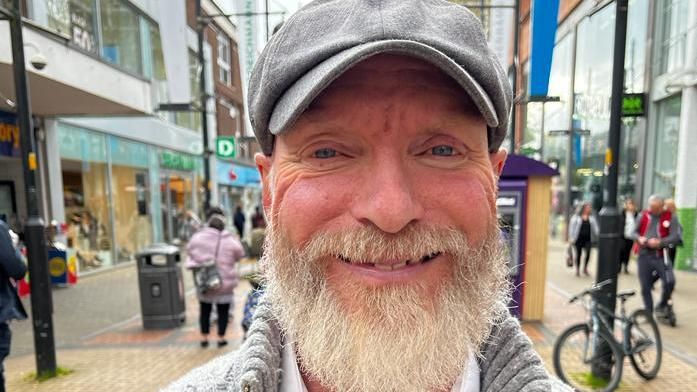 The case against John Dunn was eventually dropped, but it has now led to a warning from a religious freedom expert that the Crown Prosecution Service is unilaterally trying to extend the law.

Dunn is then said to have responded with a reference to a verse from Corinthians in the New Testament by saying: “It says in the Bible that homosexuals will not inherit the kingdom of God.”

The women reported the incident to the police and claimed that Dunn had also shouted that they would “burn in hell”. He denied making that comment.

Dunn voluntarily went to a police station to be interviewed and was told that he was being charged with an offence under public order legislation.

In addition, the police said prosecutors would say that he was guilty of hate speech because he had “offended” and “upset” the women on the basis of their sexual orientation. Guidance from the Crown Prosecution Service “any crime can be prosecuted as a hate crime” if it meets specific criteria.

Lawyers for Dunn said that the prosecution breached his human rights regarding freedom of thought, conscience, religion and expression. They said that strong opinions must be protected, “even if these cross the sensibilities of the majority of the population”.

They also said that “simply conveying Biblical truth” did not amount to abuse.

However, prosecutors said that bringing the case against Dunn was “proportionate” and that “there are references in the Bible which are simply no longer appropriate in modern society and which would be deemed offensive if stated in public”.

A hearing was set for last month at Swindon magistrates’ court, but the case was dropped after the women did not co-operate with the prosecution.

Martin Parsons, an academic expert on Christianity and freedom of religion, wrote to the CPS saying that senior prosecutors appeared to be attempting “to extend the scope of current law, rather than simply enforce existing law”.

Speaking after the case was withdrawn, Dunn said that when he preaches “I only ever say what is in the Bible. When they told me they were in a same-sex marriage, I was concerned for them. I had to communicate the consequences of their actions based on what the Bible says.”

Andrea Williams, chief executive of the Christian Legal Centre, which instructed lawyers to represent Dunn, described the approach of the CPS as “deeply concerning”.

She argued that “the view from the CPS was that the Bible is offensive and contains illegal speech which should not be shared in public. Offence is an entirely subjective concept and is easily manipulated to shut down viewpoints that people simply don’t like.”

A CPS spokesman said that it was “not the function” of prosecutors “to decide whether a person is guilty of a criminal offence, but to make fair, independent and objective assessments of the evidence to put our case before the court”.