Here are pictures of Christians protesting at the Centenary Service in Armagh yesterday (Thursday 21st).  We honour their stand taken in full view of those attending the service.

This will also refute the excuse, used by some Free Presbyterians, for not protesting against the ecumenical event and the sad betrayal of God’s truth by the First Minister, Mr Paul Givan, that such would be the security in Armagh that no protest would be possible.

May the Lord bless those who for His honour stood in protest at the ecumenism of it all and who called for a rejection of abortion. 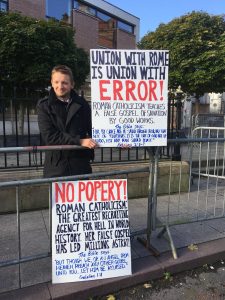 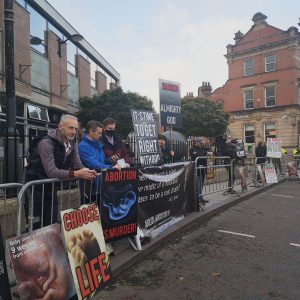