Just what is a Christian? Pt1 LTBS broadcast by Rev. I. Foster for Radio Star Country, Co. Monaghan

Just what is a Christian? Pt2 LTBS broadcast by Rev. I. Foster for Radio Star Country, Co. Monaghan

Just what is a Christian, Pt3 LTBS broadcast by Rev. I. Foster for Radio Star Country, Co. Monaghan

Why was the world so hostile to the coming of the Son of God? Pt 1LTBS broadcast by Rev. I. Foster for Radio Star Country, Co. Monaghan

Why was the world so hostile to the coming of the Son of God? Pt 2LTBS broadcast by Rev. I. Foster for Radio Star Country, Co. Monaghan

“And he (Uzziah) sought God in the days of Zechariah, who had understanding in the visions of God: and as long as he sought the LORD, God made him to prosper,”
2 Chronicles 26:5.

Brit-bashing by Irish will not change: Wilson

We shall wait and see!!

He might have added: ‘and a strong opponent of the UK’!! 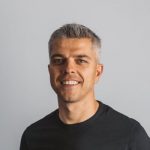 The leader of the Evangelical Alliance and senior figure in the Causeway Coast Vineyard Church, Peter Lynas, has hit out at anyone who dares to question or highlight his ecumenical cuddling up with Rome.

‘Papist’ Peter Lynas, a title he has emphatically earned, let loose at any true Protestant when given a forum by the Belfast Telegraph last week.

He branded any who pointed out the error of mixing with the false and blasphemous religion of Romanism as being guilty of demonstrating “residual bigotry” in an interview with the arch-ecumenist Alf McCreary.

In his interview, ‘Papist’ Peter Lynas said in response to a question enquiring as to whether he has ever received any criticism for his faith: “There is also some residual bigotry directed at me for working with the Catholic Church on areas of shared interest. Very few actually want to engage – there is a lot of virtue-signalling, which is a shame.”

Both of the key words he used, “residual bigotry”, are very instructive. Read more the Protestant Revival website

Going to Rome for Christmas in Ballymoney Church of Ireland

Churches up and down the country will be holding special Christmas services throughout the month of December, but the Church of Ireland in Ballymoney will make use of this time of year to strengthen ecumenical relationships with the Roman Catholic Church.

An “inter-denominational” carol service was held in the County Antrim town on Monday, 3rd December.

Even the name of that Roman Catholic church should have been sufficient to dissuade any so-called Protestants from going near it, as it alludes to the unscriptural veneration of Mary which is a key characteristic of Roman Catholicism. Read more on the Protestant Revival website…

“Behold, a king shall reign in righteousness, and princes shall rule in judgment. And a man shall be as an hiding place from the wind, and a covert from the tempest; as rivers of water in a dry place, as the shadow of a great rock in a weary land,“ Isaiah 32:1-2.

So the political ‘hopscotch’ continues!!!

Brexit WARNING: MP reveals how Theresa May is going to FORCE MPs to accept Brexit deal

New EU referendum would break faith with Britons, May to warn MPs

What she meant to say was ‘New EU referendum would break faith with Britons – YET AGAIN’!!

Maybe Mr May understands his wife, but everyone else just finds her unknowable

Why it is imperative for NI’s long term survival that Backstop is defeated – TUV leader, Jim Allister

DUP calls for more clarity from PM over EU concessions

Brexit’ – What Saith the Scriptures?

The issue of “Brexit” is before us as never before since the UK voted 2016 to leave the EU!
It appears that what has been settled upon by the Prime Minister is not what the 17+ million citizens voted for in 2016.

The thinking of the citizenry who voted “leave” really counts for nothing but what the “all-wise” “gnomes of worldly enterprise” pontificate is what matters!

When Moses said the people of Israel would leave Egypt and that “there shall not an hoof be left behind” (Exodus 10:26) that complete removal took place. But we are not led by a Moses or anything like him! Read more…

Nevertheless they were disobedient, and rebelled against thee, and cast thy law behind their backs, and slew thy prophets which testified against them to turn them to thee, and they wrought great provocations. Therefore thou deliveredst them into the hand of their enemies, who vexed them, Nehemiah 9:26-27.

The first minister to publicly float an alternative to Mrs May’s plan!

Assurances from a woman who, when she became Secretary of State for NI acknowledged that she was totally ignorant of the political conflict here – are hardly reassuring!!

PM’s deal is fatally flawed and has to be renegotiated, insists DUP leader

That would be worse than ‘out of the frying pan into the fire’ since Corbyn is a long-time supporter of the IRA and its goal of a United Ireland by any means!!!

Oh for leaders to clip the wings of this ‘peacock’!!!

THE PROPAGANDA OF THE SODOMITES ADVANCES

“And he brake down the houses of the sodomites, that were by the house of the LORD,” 2 Kings 23:7.

I have been prompted to pen this little article by the BBC mounting yet another news feature ‘promoting’ sodomy and giving a platform to those who wickedly claim that they are ‘Christian’ sodomites.

The BBC article does not accurately give the Bible-believer’s answer to such a claim as might be expected, given that the BBC is an ungodly organisation which has no allegiance to God and His Truth.

The evidence put forth for ‘sodomite Christianity’ is based simply on the declaration made by those that claim they are both ‘gay and Christian’!

That, to say the least, is rather a tenuous foundation upon which to stake the genuineness of this assertion. After all, Judas would have claimed to have been a follower of Christ! So too did Simon (Magus), Acts 8. There have been millions of individuals who have claimed to have been ‘true believers’ since the Fall of Adam. However, simply to make such a claim is not sufficient evidence upon which to accept such a person as a Christian.

No, there must be evidence that the person is a Christian. The Lord clearly tell us what the evidence is. Read more…

“The LORD’S voice crieth unto the city, and the man of wisdom shall see thy name: hear ye the rod, and who hath appointed it,” Micah 6:9.

Presbyterian minister: Church must do more for people with HIV

I think if you read this ‘minister’s’ statement you will find that he does not mention ‘God’, ‘Christ’, ‘the Bible’ or ‘sin’. It is strange for a ‘minister’ to speak on any subject without using these words!!!

Given present trends within the DUP, one wonders how long the ‘bookshop’ will feel such a ban necessary!!??

All political philosophy has its roots in some form of religious allegiance. It is good to know that ‘Unionism’ was once rooted in the teaching of the Bible!!

The cause?? The legalising of perversion and its impact upon the public’s moral perception. In other words, the ABANDONMENT of the Bible!

Why we should love the Jewish people

They were, in heaven’s eyes, a very special people. Read more…

When you survey the pitiful state of much of professing Christendom in Ulster today, you cannot help but be reminded of Paul’s caution to Timothy, written under the inspiration of God.

Surely it cannot be disputed that the religious deception is waxing worse and worse in our land.

And no more blatant example of this could surely be found than last week’s ‘Transgender Day of Remembrance’ service in the reprobate All Souls Non-Subscribing Presbyterian Church in Belfast.

This church shows such a disregard for the Word of God that it is actually breathtaking.

All Souls Non-Subscribing Presbyterian Church holds this transgender service every year as it continues to proudly defy God’s Word and the natural order he ordained, which can be seen in the verse at the top of this article.

“No man can serve two masters: for either he will hate the one, and love the other; or else he will hold to the one, and despise the other. Ye cannot serve God and mammon,” Matthew 6:24.

It is more than Mrs Jean McConville can do regarding her imprisonment and subsequent murder, reportedly at the command of Gerry Adams. The question is, does he recognise the BRITISH court???!!

Legacy Scandal: The IRA was able to wage terrorism on Castlederg because it was near the safe haven of the Irish Republic

Sinn Fein has as many faces as ‘Big Ben’ but at least the clock faces all tell the same story!!