The following report is from “The Times” newspaper of December 3rd, 2021. A copy of the article was shared with me by a Christian friend.

I must state immediately that I have no sympathy for the process known as ‘Conversion Therapy’. From all reports it is anything but Biblical!

Rather, it is something that has emerged from that world of ‘humanistic philosophy’! One definition of it is given thus: “Conversion therapy is the pseudoscientific practice of attempting to change an individual’s sexual orientation from homosexual or bisexual to heterosexual using psychological, physical, or spiritual interventions.” I believe it correct to state that it had its origins quite some time ago when Albert von Schrenck-Notzing, a man fascinated by hypnotism and mysticism who also had links with Sigmund Freud.

It was in 1899 that he claimed that through hypnosis he had manipulated the man’s sexual impulses and restored him to heterosexuality.

However proper it may appear to ban such activities, which are entered upon voluntarily it must be stated, it must be remembered that it is the pro-sodomite, LGBT lobby which is pushing this matter of a ban. They doubtless see it as an undermining of their campaign to make their perversions acceptable and have them deemed ‘normal’ rather than having them viewed as something that should receive treatment to eliminate!

Consequently, the ‘ban’ that is sought is one that undoubtedly would ‘outlaw’ proper and faithful Biblical pastoral admonition and advice offered by a true servant of Christ to one caught up in this wickedness.

Sodomy is a sin! That is the teaching of the Bible. It is therefore incumbent upon a faithful preacher to set out forcefully  that message. In doing so they must label sodomy and its associated perversions for what they are, an ‘abomination’, Leviticus 18:22.

The LGBT lobby, aware that they would not succeed, were they to attempt to call for a ban on preaching the Word of God, are attempting to achieve that very thing or as close to it as possible, through this outlawing of ‘Conversion Therapy’ by making the ban so broad as to, in effect, ban the teaching of the Word of God.

That is what is at the heart of the concern voiced in this newspaper report, though we would not have any sympathy with the likes of the Church of England, which has shown the most wickedly ambiguous attitude toward sodomy. It may utter statements which seem to support Biblical marriage but at the same time it welcomes within its ranks those who are utterly perverted in their views and practices!

Of the evangelicals within the mainline churches, it may be said that they have refused to act as God’s Word commands and separate from their corrupt denominations, and it now seems likely that they will reap what they have sown and find themselves outside the law should they try to make some attempts to obey God within the ranks of apostasy.

Ban on gay conversion therapy could outlaw us, say clerics

Up to 500 people, most of whom are clergy in various Christian denominations, have signed an open letter to Liz Truss, who is both foreign secretary and equalities secretary, in protest against moves to ban the practice of counselling LGBT people with the aim of converting them to heterosexuality. 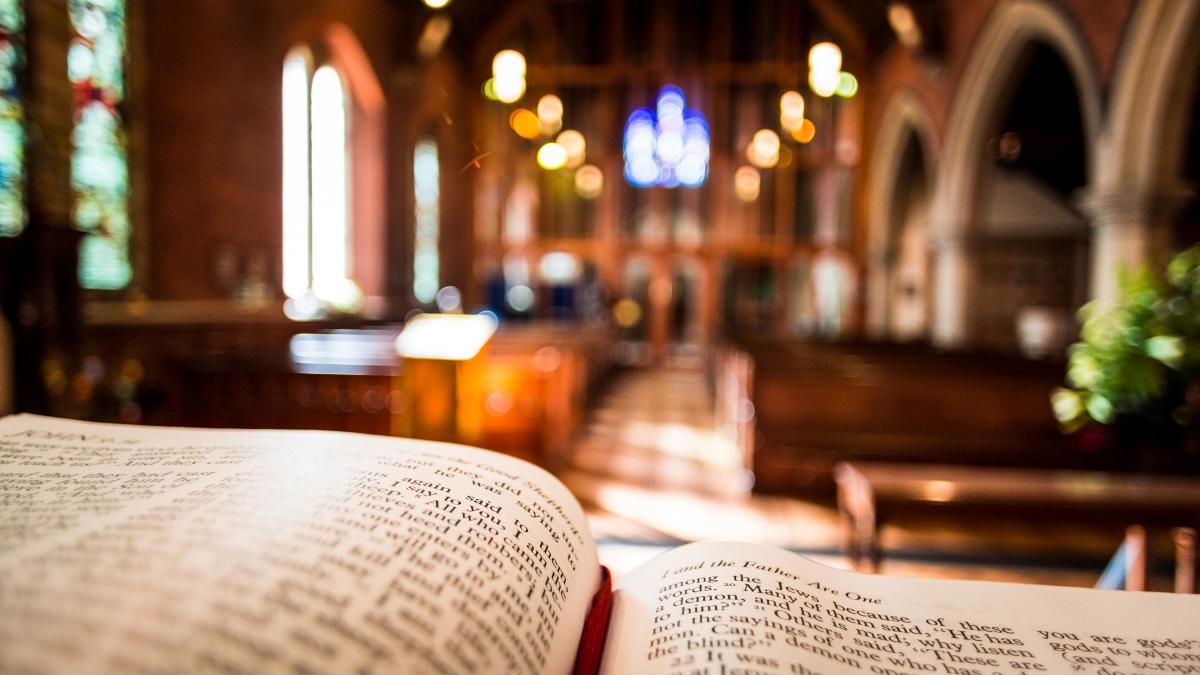 Ministers first indicated three years ago that the government would legislate to ban the practice. Truss published a consultation on the proposals at the end of October with the deadline for responses this Friday.

She was criticised by some for allowing only a six-week response time instead of the normal 12 weeks allocated to government consultations.

In the consultation, the government said there was “no justification” for conversion therapy, which it described as “coercive and abhorrent”. It also said “the evidence is clear” that conversion therapy did not change people from being gay, lesbian, bisexual or transgender but that it “can cause long-lasting damage to those who go through it”. It said ministers would “bring forward a ban in the criminal law that is supported by additional civil interventions that will ensure these practices are ended”.

The open letter to Truss said that the clergy had “no desire to become criminals, and place a high value on submitting to and supporting our government.

“Yet we think it important you are aware that if it were to come about that the loving, compassionate exercise of orthodox Christian ministry, including the teaching of the Christian understanding of sex and marriage, is effectively made a criminal offence, we would with deep sadness continue to do our duty to God in this matter.”

The letter stated the signatories “are deeply concerned” that the legislation would have a negative impact on the practice of religion in the UK.

The clergy added that they feared that any new law “could be used against Christian parents who could equally be criminalised for loving advice and teaching given to their own children”.

One of the organisers of the letter, the Rev Dr Matthew Roberts, the minister of Trinity Church in York, said “the government seems to be considering legislation that would criminalise normal, loving Christian ministry, while stopping us from helping young people who are being caught up in the horrible damage being done by transgender ideology”. He maintained that “nothing we do could be considered therapy. But the proposals are drafted so badly, and with such apparent ignorance of basic Christian teaching, that entirely standard Christian teaching would be criminalised in the name of something that has nothing to do with us.”