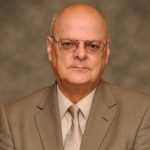 The following article appeared in ‘The Burning Bush’ some eleven years ago. Given the betrayal of the Ulster people by successive political leaders in London with their constant yielding to the demands of Sinn Fein/IRA, the effective removal of Northern Ireland from the United Kingdom by their ‘Brexit Protocol’, agreed with the EU, their enforcing of new and unacceptable abortion guidelines which entail the permitting of abortion up to the time of birth and their recently announced amnesty for terrorist murderers, gives this article an almost ‘prophetic’ significance!

Furthermore, this being the centenary of the founding of Northern Ireland, we have all been given a vivid picture of the bondage into which the Democratic Unionist Party sold us with their ‘power-sharing’ deal with Sinn Fein/IRA in that the supporters of murder refused to ‘grant’ approval for as much as a rose bush being planted to commemorate that wonderful event!

Thorn in the side for Sinn Fein

It surely indicates that the direction in which things were moving regarding the future of Ulster was not hidden to all in this Province for the article was read with approval by many believers and challenged by no one!

For this reason we are remounting the article on our website.

Written at the request of the Belfast Newsletter and published in its edition of August 13th 2010.

Given that few unionists in Ulster would have believed at the beginning of 2006 that, before the year was out, the DUP would have embraced the murderous IRA’s front men as partners in government, to contemplate what the next eleven years might bring to our land is to look through a very dark glass indeed.

That which motivated the opposition of the majority of our forefathers to “Home Rule” in the 1880s was a love for the gospel and its mercies. They believed that it would entail the enthroning of Roman Catholicism and undermining of their civil and religious liberty. Their fears were summarised by the maxim – “Home Rule is Rome Rule!” and expounded in the “Ulster Covenant” of 1912.

The clinging to Great Britain by Ulster Protestants in 1921 was seen by them as a parallel to Ruth clinging to Naomi, when bidden by her to return to Moab, Ruth 1:16-17. They sought the preservation of their Protestant faith primarily by this political alignment.

Great Britain of 100 years ago was a place where Biblical Protestantism was much more evident than it is today.

Now it’s secularism, it’s multi-faithism, its hatred of all things scriptural, its abandoning of the moral standards considered sacrosanct but a generation ago, and its embracing of the aspirations of those regarded deviants until recently, make it as uninviting as was Sodom to Abraham.

What then for those who see a “Rome Rule” threat in the St Andrews Agreement and its aftermath?

The truth is a union with a Great Britain grovelling before those who open “their mouth in blasphemy against God,” provides no prospects of comfort to those who love the Word of God. Rather, it is a threat!

As for the alternative of a united Ireland, where some would hope to take us, though its appearance has undergone some beauty treatment by the bonhomie of Bertie Ahern and the pseudo-regal words of a Mary McAleese, it is not what it might appear.

Boyne River commemoration centres and strident criticism of dissident republicans do not represent the true character of a land under the rule of Roman Catholicism. That is best seen in the findings of the 2003 “Ryan Commission” and in the denial of justice in Dublin or in Rome for the victims of priestly abuses.

My hope for the future of every citizen of Northern Ireland will be seen as very tenuous indeed by many and therefore dismissed. My hope however is that of Jochebed as she sought to safeguard her son Moses by laying him in an ark of bulrushes. Moses’ preservation depended solely upon the sovereign mercy of Jehovah.

So it is with the Christian today in Ulster. We must not resort to schemes devised by the craft of men as the means of safeguarding our future but rather “do right though the stars fall” and trust in God’s sovereignty for “we know that all things work together for good to them that love God, to them who are the called according to his purpose,” Romans 8:28.

No one should trust political unions, no matter how advantageous they may have been in the past. Our hope should be in the One Who “doeth according to his will . . . among the inhabitants of the earth,” Daniel 4:35.

The constitutional choice for the Ulster Christian is difficult indeed. It is a matter of choosing between a rock and a hard place! In such circumstances I believe we must leave the choice to Providence. We should follow David’s example when in a like dilemma. “And David said . . . I am in a great strait: let us fall now into the hand of the LORD; for his mercies are great: and let me not fall into the hand of man,” 2 Samuel 24:16.

The Lord is able to preserve His remnant people. In that ability we rest. Not for us the contrived safeguards born of an underhanded betrayal which is presently peddled by the DUP as the best refuge for the future. Bringing advocates of and activists in murder into government will never secure our future nor please Him Who has declared: “Thou shalt not kill,” Exodus 20:13. Nor will it bring His blessing upon those who make it their hope for the future.

(A pdf version of this article may be found here.)