I can but imagine the heartache felt by many Roman Catholics as yet another exposure of the vile perversions that have been repeatedly revealed in the press over the last few decades, occurring yet again!

Bible believers have little understanding of the unscriptural reverence and awe in which priests are held by devoted Romanists. It is the equivalent of the devotion of the heathen idolators for their spiritual ‘gurus’!

Therefore, when such reports as these appear it shatters and destroys the faith of many in the system of religion in which they have been raised.

Sadly, it does not cause an intelligent consideration of their religious beliefs, which have failed them, in the light of God’s Word. If it did, then it would result in steps being taken similar to those taken by those Roman Catholics in Europe in the 16th century when the truth about their religion was presented to them.

Back then hundreds of thousands, peasants and princes, had their eyes opened and obeying the light which streamed from the Word of God, they repudiated the false claims of Rome, saw it as a system of antichristianity and forsook it and banded themselves together in accordance with the structures and ordinances set forth in the Bible. Sadly today, the general reaction by the many ‘scunnered’ by such reports is to turn against God and everything related to Him.

To escape the horror of the false religion they trusted, they  mindlessly plunge into the dark sea of blaming God and spurning the truth of His mercy set forth in the Bible.!

How that must please the author of the scandals, the devil. Perverted priests and people turning their back upon God as He is set forth in the Bible is equally pleasing to the one of whom the Lord Jesus said: “He was a murderer from the beginning, and abode not in the truth, because there is no truth in him. When he speaketh a lie, he speaketh of his own: for he is a liar, and the father of it,” John 8:44.

It serves as a double triumph for Satan. He wrecks lives through the perversion of the popish priests and adds to that the blind repudiation of God by despondent, angry and disillusioned followers of a false religion.

Christian pray for such double victims of the devil’s devices!

MORE than 200 people have now come forward with allegations of abuse against 77 members of the Spiritans, the religious order that runs some of the top schools in the Republic, including Blackrock College in Dublin.

Gardaí attached to the sexual crime management unit are leading the investigation into the activities of the priests attached to the Spiritans, also known as the Holy Ghost Fathers. 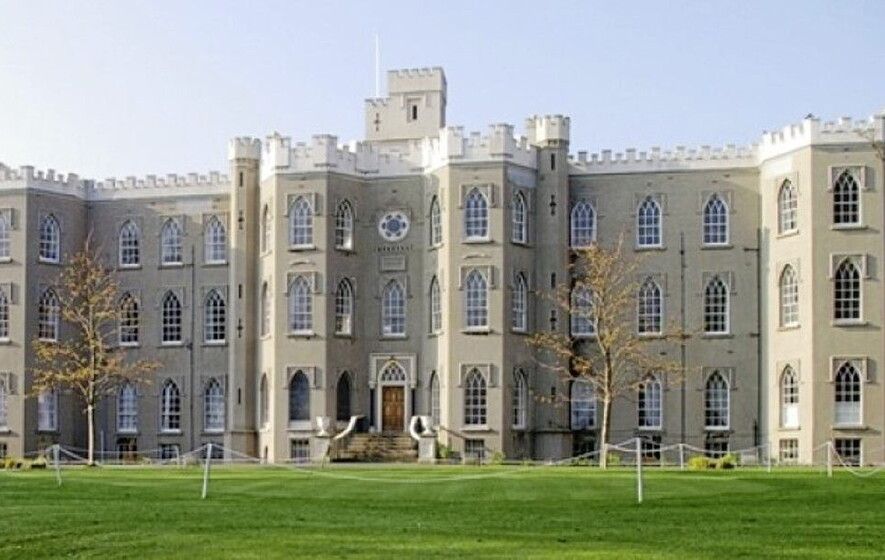 The Spiritans have paid out more than €5m in settlements to former pupils of Blackrock and other schools in Dublin and Co Tipperary. In total, 233 people have come forward with allegations of sexual and physical abuse.

While there have been calls for an independent inquiry, Taoiseach Micheál Martin said it was up to the criminal justice system to deal with the allegations.

Following consultation with former pupils of Blackrock College and its feeder primary school, Willow Park, the Spiritans announced what it described as a restorative justice process “with people who suffered abuse while attending those schools”.

“Initially, this Restorative Justice Process will be piloted with a cohort of former pupils of Willow Park/Blackrock College who have expressed an interest in participating,” Fr Kelly said.

“On completion of the pilot phase and its evaluation, the learnings gained will be integrated into the Spiritan response to victims/survivors in future safeguarding measures.

“It is a shameful period in our history which is deeply regretted,” Mr McGinty said.

At least six abusers are known to have operated at the Blackrock/Willow Park campus. The Spiritans also run Rockwell College in Co Tipperary along with St Michael’s, St Mary’s and Templeogue College in Dublin.

The missionary order also run schools in Africa and there is evidence perpetrators taught in Sierra Leone and Nigeria.

RTÉ radio documentary ‘Blackrock Boys’ recounted the stories of Mark Ryan, 61, and his brother David, 58. They told described being groomed and assaulted in the 1970s and 1980s by Fr Tom O’Byrne and other priests.

O’Byrne used his access to computers and a swimming pool to entice and corner his victims. “That’s part of the grooming, being chosen, made to feel special,” Mark Ryan told the documentary.

Gardaí investigating complaints made by the brothers and charges were brought against O’Byrne. However, a court halted the prosecution in 2007 due to the accused advanced age. He died in 2010.

Former Blackrock pupils then told RTÉ’s Liveline of their experiences, including one who claimed he was abused by three priests.

Mr Martin said the criminal justice system should now be the focus rather than a public inquiry.

“There is an enormity to any such investigation and I think one of the issues that we need to learn from all of the inquiries that we have had is to stretch and ensure that the existing mechanisms, particularly in (the) criminal justice (system), are deployed fairly relentlessly and in a very focused way.”